Boris Johnson’s government are planning to take control of the NHS in England and reverse controversial reforms introduced by David Cameron.

The White Paper also proposed changes to reduce the role of the private sector with the scrapping of a system that sometimes sees health groups competing against each other for contracts.

The plans will reverse reforms that were introduced by Cameron’s government in the 2012 Health and Social Care Act, which gave GPs and clinicians more control over budgets and encouraged competition with the private sector.

But the timing of the reforms has raised questions as the health service continues to battle with a second deadly wave of coronavirus while patients face long waitlists for other treatments that have been put on hold.

The government will be handed powers to put fluoride in water, impose health warnings on sausages and order the NHS to prevent obesity.

The health secretary will also gain powers to block closures of hospitals, A&Es and maternity units, which must formally be referred to him by councils, the publication reported.

The White Paper says there will be “enhanced powers of direction for the government” to “ensure that told decision makers overseeing the health system at a national level are effectively held to account”.

It says the policy will be “an enabler of organisations and individuals, outlining the ways in which we hope this legislation will encourage positive behaviours and innovations, removes barriers, enable flexibility, reduces bureaucracy, and is capable of adapting over time.” 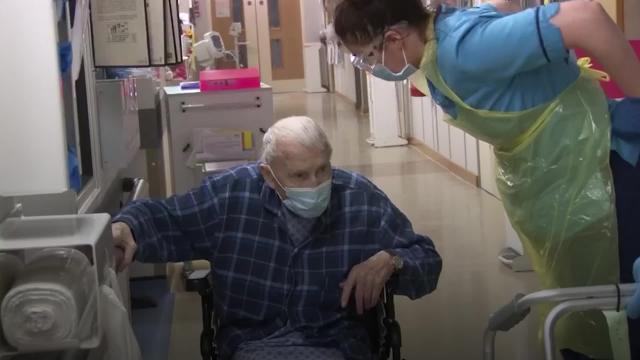 Scroll back up to restore default view.

Former Health Secretary Jeremy Hunt welcomed the proposed changes, telling the BBC: “Last year was the first year in history where, across the world, there were more over-65s than under-fives, so we are all having to deal with this big change in our health provision of the growth in older people and what that means is you need a lot more joined-up care.”

He added: “The structures need to be improved to make that possible and I think that’s what these reforms are intended to do, so I think they could be very positive.”

But Mr Hunt also warned against the emergence of “cosy local monopolies” and said the reforms needed to include “a proper accountability mechanism” – similar to Ofsted inspecting schools.

He told BBC Radio 4: “How we make sure that the NHS continues to be held accountable for these huge sums of public money is something that, I am sure, people will want to ask.”

Jonathan Ashworth, the shadow health secretary, raised concerns over making changes to the NHS during the pandemic.

He told the Times: “Ministers need to explain why reorganisation is the pressing priority when 190,000 people are waiting more than 12 months for treatment, and cancer survival rates need to be radically improved.”

How strict are the UK’s border controls compared to everyone else?

A Department of Health and Social Care spokesperson said: “The NHS set out the need for new legislation to support the changing health and care sector in the NHS Long Term Plan, and last summer the Health and Social Care Secretary outlined how we must apply the lessons of this pandemic as we continue to deliver this plan.

“From tackling bureaucracy to driving forward the integration of health and care services, we are rightly considering where changes need to be made to help us build back better.”

An NHS spokesman said: “The NHS has come together to draw up practical proposals that will make it easier for those delivering health and care to work together to deliver the best possible care for patients, without some of the bureaucracy and fragmentation implicit in the 2012 Act.

“These proposals were set out publicly in the NHS Long Term Plan in 2019 and further developed last year, drawing on what the best local health systems are already doing.”

I am a blogger. In addition, I am run an Online Ministry on Facebook and Twitter. I tend to tweet about events or issues affecting humanity in addition to speaking about the significance of Jesus to mankind. View all posts by anthony1966blog

What if you spent every day looking for One Beautiful Thing?

Chronicles of an Anglo Swiss

Welcome to the Anglo Swiss World

Roaming, at home and abroad

A daily selection of the best content published on WordPress, collected for you by humans who love to read.

The Art and Craft of Blogging

The latest news on WordPress.com and the WordPress community.